Whether you’re on the go or need to create rich, interactive reports, download the tools you need to build reports and stay connected to your data from anywhere, anytime. Get a 360° view of your business data on the go—at the touch of your fingers—and quickly connect, shape, visualize, and share data insights through Power BI.

Shannon or Mid-West Region is a region of Ireland comprising County Clare, County Limerick and County Tipperary. With a population of 473,269 in 2016, it's one of the eight regions of Ireland for statistical and planning purposes; it's not a unit of local government. Those statisticians and planners call it 'Mid-West' or more. Wulfstan’s Voyage: the Baltic Sea region in the early Viking Age as seen from shipboard. Maritime Culture of the North 2. Download Free PDF. Download Free PDF. Voyage with the Vikings by Hering, Marianne. DOWNLOAD OPTIONS download 1 file. ENCRYPTED DAISY download. For print-disabled users. 14 day loan required to access EPUB and PDF.

With the Power BI Desktop you can visually explore your data through a free-form drag-and-drop canvas, a broad range of modern data visualizations, and an easy-to-use report authoring experience.

Keep your dashboards and reports up to date by connecting to your on-premises data sources—without the need to move the data. 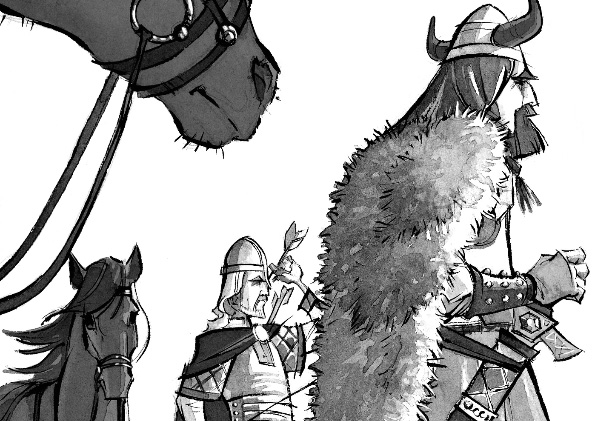 Create pixel-perfect paginated reports for printing or electronic distribution with a familiar experience relied on by thousands of report authors.

Let us know where we can send you tips and tricks for getting started fast with Power BI.

Shannon or Mid-West Region is a region of Ireland comprising County Clare, County Limerick and County Tipperary. With a population of 473,269 in 2016, it's one of the eight regions of Ireland for statistical and planning purposes; it's not a unit of local government. Those statisticians and planners call it 'Mid-West' or more romantically 'IE051 - NUTS Level III' but tourist agencies somehow prefer to call it Shannon. Actually only the lower half of the River Shannon catchment is in this region, from Lough Derg down to the tidal estuary below Limerick.

This region is part of the historic kingdom of province of Munster, which is the southwest quarter of Ireland.

This area was all part of the Kingdom of Munster, which stretched east as far as Waterford. It became christianised from the 5th century, with St Patrick one of several early missionaries. The ruling dynasties warred with each other and with the Vikings, who were eventually bested by Brian Bóru (from Killaloe) in 1014. They kept the Normans at bay but a great falling-out in the 12th century saw the kingdom split into Deasmhumhain (meaning South Munster) or Desmond, and Tuadhmhumhain (meaning North Munster) or Thomond. The English gained the upper hand under King John, but only established firm control under the 16th century Tudors, dividing the area into the present counties.

The area is mostly lowland, with small towns living on agriculture. There are many medieval abbeys (all ruined by the Dissolution and Reformation), with the big religious centre at Cashel. Castles and tower houses rear up here and there like stone fists of defiance, but were mostly smashed by Cromwell in the 17th century. The only town to develop into a big city was the port of Limerick at the mouth of the Shannon. There was little industry, and population drift away from the countryside became a desperate flood during the 19th century famines.

This means that much of the area remains scenic and unspoiled. It's easily reached from abroad and was a staging post for transatlantic flights, so 'Shannon' came to mean the large airport near Limerick. Longer-range aircraft mean that travellers no longer have to set down here, but those that do and stay awhile will be well rewarded.

1Shannon Airport (SNN IATA) near Limerick is a major portal of entry into Ireland. It has many flights from Europe, UK and the United States, with US border pre-clearance, and in summer from Toronto. The largest operators are Ryanair and Aer Lingus. There are several car rental agencies at the airport - you're likely to need a car to get around the region. The immediate surrounds of the airport are drab and industrial, but ten minutes drive gets you out of that. Bunratty has good accommodation and restaurants a few km east.

You might also fly in to Dublin Airport (DUB IATA) which has good flight connections, competitive fares, and excellent onward public transport: buses to this region start from the airport.

Trains run every hour or two from Dublin Heuston via Thurles to Limerick Junction, which in spite of the name is near Tipperary town. They continue south to Cork, while connecting trains run from the junction to Limerick city. There are also regular trains along the line between Limerick, Ennis and Galway.

Two branch lines have a couple of trains a day: from Waterford via Clonmel, Cahir and Tipperary town to Limerick Junction, and from Limerick city to Nenagh, Roscrea and Ballybrophy, which is on the mainline.

Bus 51 runs hourly from Cork via Mallow to Limerick, Shannon Airport, Ennis and Galway. There's also a much quicker X51 between Limerick and Galway.

Bus 55 runs every 2-3 hours from Waterford to Clonmel, Cahir, Tipperary and Limerick.

The major routes are:

By car: you'll need one to explore the countryside. There are car rental offices at Shannon Airport and in Limerick city.

By bus: see Shannon for buses to the airport, and Limerick for routes within that city.

The inter-city routes described in 'Get in' connect several towns in the region and are fairly reliable. All your patience will be needed if you venture onto the back-country buses, which only run two or three times a day.

By train is your best option between Thurles, Tipperary, Limerick and Ennis. It's a viable option M-Sa between Limerick, Nenagh and Roscrea, but there's only one train on Sunday.

By boat: The Shannon Ferry plies between Tarbert in County Kerry and Killimer in County Clare, both on Highway N67. It sails hourly Sept-May and every 30 min June-Aug. Fare is €20 for a standard car with all passengers, €5 for a foot-passenger, cyclist or motorbike. If you're touring the Atlantic coast, this saves a detour inland through Limerick. Watch for dolphins on the 20 min crossing.

Limestone pavements of The Burren