Readers met the pair of sloth friends in two earlier graphic novels, Peter and Ernesto: A Tale of Two Sloths and Peter & Ernesto: The Lost Sloths. Peter & Ernesto: Sloths in the Night begins rather oddly with Peter creating a wind sock, but readers need to trust Annable’s storytelling ability as the book’s ending does tie back to the beginning. In this offering, dusk is approaching, and Bernard, one of the sloths who shares the tree with Peter and Ernesto, has not yet returned to the tree’s safety. As the fearful Peter points out, “There are predators everywhere in the forest at night.” The more adventuresome Ernesto suggests that they go and search for Bernard, and he knows exactly where to start – the old temple by the river as a recent rumor says it houses a dragon, and Ernesto is certain that a dragon is something that Bernard (as well as Ernesto, himself) would want to see. With Ernesto and a reluctant Peter leading, the questing group also includes three additional sloths, Shu, Lola and Rodrigo.

Along the way, the group encounters a trio of creatures of the night – a bat, an owl, and polka-dot tree frog. The bat warns the sloths of the Dark Glades ahead while the owl, confirming Peter’s safety concerns, perceives the sloths as being just fat mice and a potential meal. Annable visually treats the Dark Glades most creatively, underlining how truly dark it is by having seven full pages of black cartoon panels that are interrupted only by white speech bubbles. The sloths are finally guided out of the Dark Glades by a glowing polka-dot tree frog and its friends. (An Internet search reveals such frogs really do exist and are not just a creation of Annable’s imagination.) With the Dark Glades conquered, the group must still cross the river to reach the temple, with a zipline conveniently providing the means. Though Peter protests, “That rope does NOT look strong enough to me!”, Ernesto immediately zips across, quickly followed by Shu, Lola and Rodrigo. However, when Peter hesitantly follows, the rope does break, and he falls, unhurt, into the valley below. Unable to climb the surrounding cliffs, Peter tells the others he will follow the river and meet them at the temple. 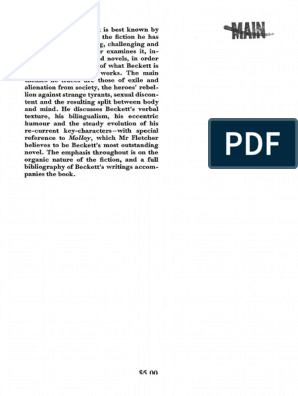 At this point, Annable divides his storyline, with one portion following the group of four sloths as they arrive at the temple and find it actually occupied by a dragon, a Komodo dragon that has been marooned there after its boat sank. Peter’s story sees him encountering a river otter that is rebuilding a boat. When the stories reconnect, so do the boat and its owner. With Bernard still not located, the sloth quintet return to their tree the next morning where they discover that Bernard had been there all along.

Like the other two titles in this series, the theme of friendship remains at the core of Peter & Ernesto: Sloths in the Night. For example, when Ernesto apologizes to Peter for not heeding his caution that the zip line rope might break, Peter models one of the qualities of friendship in his reply: “Sometimes I’m right and sometimes I’m wrong. / It’s okay! We’re still friends no matter who’s right!” Fans of this pair of sloths will eagerly await their next adventures.